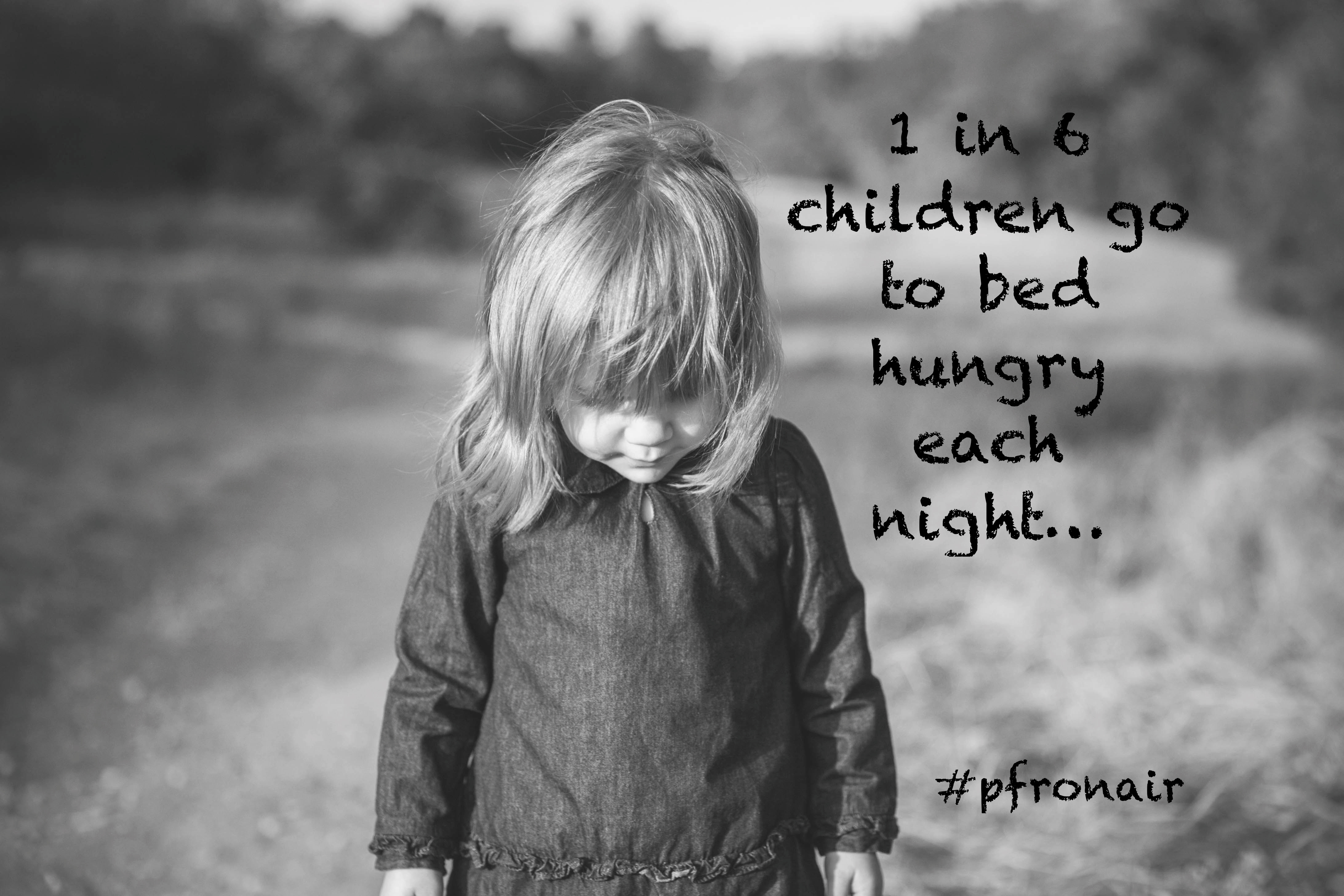 On today's show we take a look at an issue that affects so many in the world...hunger.  Adrian and Ethan were joined at Open Book by Jason Richter, Neo Edmund, Lota Hadley and Shawn Robin Dettenmaier. Darth Vader (Shant Melkonian) even stopped by the Book and Toy drive!

Today, under-nutrition is the single greatest threat to child survival worldwide and the underlying cause of nearly half of all child deaths. Evidence proves that good nutrition in the first 1,000 days between pregnancy and a child's second birthday, (the critical "window of opportunity"), builds a strong immune system, ensures healthy physical and intellectual development, and "supercharges" a child's chances of survival.

Being hungry means more than just missing a meal. It’s a debilitating crisis that has more than 815 million people in its grip. Hunger is a perilous cycle that passes from one generation to the next.

The world produces enough to feed the entire global population of 7 billion people. And yet, one person in eight on the planet goes to bed hungry each night. So why does hunger exist?

One third of all food produced (1.3 billion tons) is never consumed. This food wastage represents a missed opportunity to improve global food security in a world where one in 8 is hungry.

Producing this food also uses up precious natural resources that we need to feed the planet. Each year, food that is produced but not eaten guzzles up a volume of water equivalent to the annual flow of Russia's Volga River. Producing this food also adds 3.3 billion tonnes of greenhouse gases to the atmosphere, with consequences for the climate and, ultimately, for food production.

• 45 percent of deaths among children under 5 have malnutrition as an underlying cause.

• 98 percent of the world’s hungry live in developing regions.

• 60 percent of the world’s hungry are women and girls.

Poor nutrition remains a critical global problem: Each year, more children die as a result of under-nutrition than of AIDS, malaria and tuberculosis combined.

Under-nutrition takes the greatest toll on young children. Nearly half of all deaths in children under 5 are attributable to under-nutrition. This translates into the unnecessary loss of about 3 million young lives a year. The effects of malnutrition are devastating and far reaching. It not only causes loss of life, but also weakens immune systems and increases risk of disease. Undernourished children who survive early childhood are likely to be stunted, and cannot reach their full mental and physical potential.

The burden of under-nutrition stays with them for life: Stunted children are more likely to have lower education levels and lifetime earnings, as well as increased risks of chronic disease and early mortality.

It is both a result and driver of poverty and inequality.

Chronic hunger can prevent students from making the most of a formal education, no matter how hard they try to ignore its effects. The sad truth is that hunger can have physical and psychological effects on young people that make learning substantially difficult. . Though foreign aid efforts to increase funding for educational programs are extremely important, their effects may not have a significant impact if the problem of hunger is not addressed first.

In today's Peace Fund Hero of the Week segment, we catch up with our earlier heroes...twins Amy and Emma Bushman.  Amy and Emma began helping out at a local homeless shelter at the age of four. Their volunteer work began with collecting items for the shelter at the twins’ birthday party each year. Once the items were gathered, they delivered them to the shelter and prepared a homemade pancake breakfast for the families. While they always enjoyed working together in the kitchen, it saddened them to see the shelter children standing in the doorway watching (for safety reasons, the shelter children were never allowed to enter the kitchen).

Since that day in 2008, BakeMeHome has expanded to include programs for local food pantries, kids in foster care, members of the military (including veterans), and other services. Kids as young as four years old are encouraged to volunteer at BakeMeHome, for the twins are as dedicated to promoting volunteerism, especially in kids, as they are to using cookies (and baking) to heal.