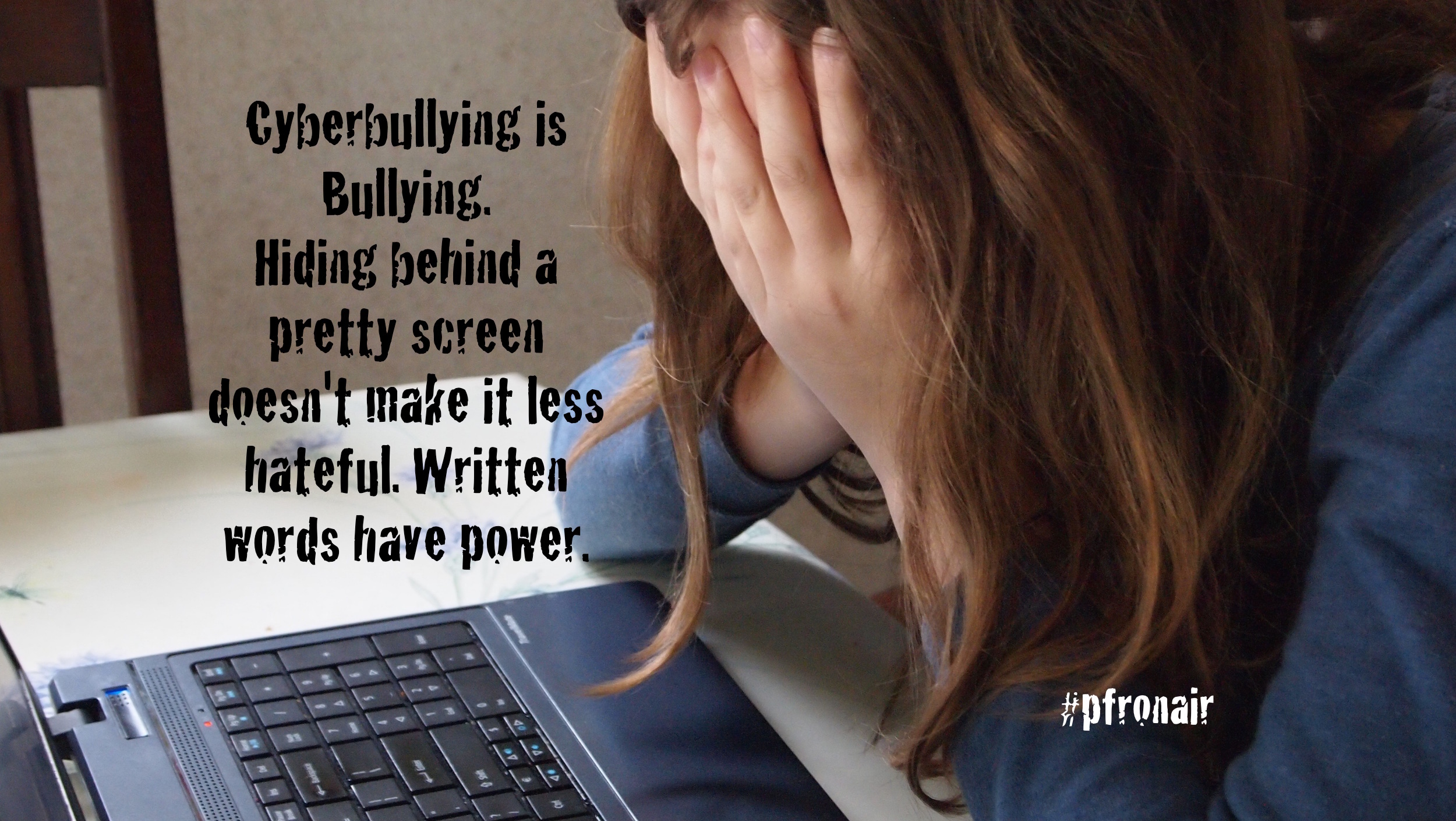 Today we look back on one of our earlier shows from last summer that addresses a topic that affects many kids in the country...bullying.  Adrian joins the show from Paris while Ethan is visited in the studio by Jason Richter (Free Willy, Last Rampage) and Chris Cecil (Whatever Happened to Mace Windu?, Legend of the Bull).  Bev brings us an interview from Atlanta with Steve Daley, Executive Director of radKIDS. Later in the show, Bruce Gale talks with our Kid Hero, Aryaman Khandelwal.

Bullying is no longer confined just to the schoolyard.  In the past, children could escape the pressure of bullies and retreat to a safe place called home. But today, with the growth of the Internet come new ways for students to bully others nonstop. Bullying has become an epidemic that affects not only children, but parents, teachers and the community.

Anyone can be a target of bullying, even strong, athletic, and popular kids.  The responsibility for bullying always falls on the bully's shoulders, not the victim's.  Individuals who are perceived to be different from the norm are at an increased risk.

Nearly one in five students in an average classroom is experiencing bullying in some way. The rest of the students, called bystanders, are also affected by the bullying.

Every day, 160,000 students skip school because they are afraid they will be bullied.

And this brings us to today's charity, radKIDS...

radKIDS®, Inc., with headquartered in South Dennis, Massachusetts, is the national leader in children's safety.  radKIDS® certified instructors teach, train and empower children with real skills so they can recognize, avoid, resist, and if necessary escape violence or harm in their lives. @radKIDS.org

Education is the only thing that can change fear into power and radKIDS® can and does give children opportunity and power to live safer in our world today.  The radKIDS curriculum meets, and in many cases exceeds, the foundational education standards for elementary physical education and health in all 50 states.  Outside of the U.S., radKIDS also has programs in Canada, Mexico, United Kingdom and Saudi Arabia.

The radKIDS curriculum is a fun, activity-based program including lectures, safety drills, physical skills to resist or stop violence or harm, and dynamic simulation.

Earlier this month, Steve Daley, Executive Director of radKIDS, visited Cobb Safety Village to conduct a 40-hour instructor's certification program.  Bev had the opportunity to sit in on a session of the training and later talk with Steve about the program.

Aryaman Khandelwal is a 17-year old student at Parkland High School with a passion for making a positive change in those around him and in the world.  When Aryaman and his family visited Chikaldara, India in 2014, he witnessed people living in destitute conditions and children working to support their families. His perspective on the world was profoundly changed.

Upon returning to the United States, Aryaman created Get2Greater, a system that addresses the lack of healthcare and access to professional medical assistance in developing countries.  Aryaman is currently working on a proposal with the United Nations to expand Get2Greater worldwide. @get2greater

He visited the White House in June with the other 160 students selected for the Presidential Scholar award. Aryaman was selected as a global team leader, one of 33 teens from around the world, for the Three Dot Dash youth initiative for positive change, earning him a spot at a March conference where he and other young entrepreneurs attacked global issues.