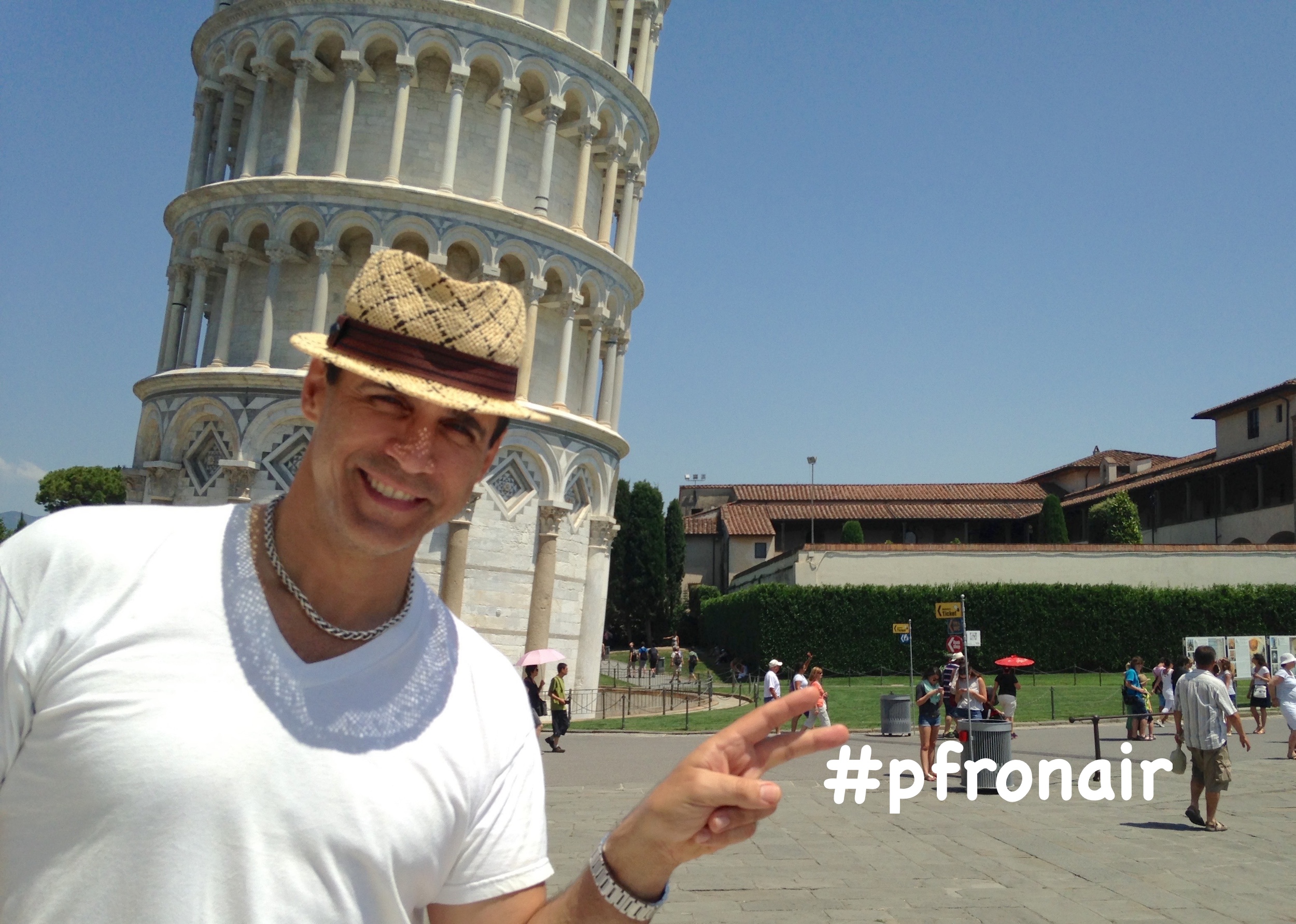 On today's show, we look back at some of our past celebrity interviews - Kevin Sorbo, Billy Boyd, Dean Cain, Evanna Lynch and Sir Roger Moore.

As well as reaching out to various charities making a difference in the lives of children, we have also taken the opportunity to talk to other celebrities who are passionate about different issues that affect children around the world.

Along with being super talented, there are a fair number of celebrities who also stay busy with charities and philanthropic efforts. While some names in Hollywood seem like total divas, we can be thankful for the ones who also strive for selflessness.

Many celebrities do more than what we celebrate them for. After all, they have other interests and passions. Often times, they pursue these other passions by supporting charities and various organizations or by creating their own organization in honor of that certain cause. Some celebrities are passionate about reducing poverty and some are set on raising awareness for AIDS.

Celebrities can be spokespersons, board members or even, as with our own Adrian Paul, a founder of a charity.

Activism and fame seem to go hand-in-hand, a package deal of star power and standing for something larger than oneself. The rise of social media has played a large role in propelling social consciousness, with celebrities posting their own impassioned PSAs or broadcasting protests from smartphones alongside Instagrams from red carpet premieres. Call it an epidemic of consciousness with a side of brand recognition, but the end result is the same: awareness.

We talked with Kevin Sorbo on one of our early show in February, 2013.

Kevin was born in Mound, Minnesota. In high school, he excelled at football, baseball and basketball; in college, he played these 3 sports, plus hockey. Kevin was also in a number of plays. After leaving college, Kevin joined an actors theater group, and traveled to Europe, then to Sydney, Australia appearing in commercials. At the end of 1986, he settled in Los Angeles.

Kevin began to make guest appearances on such popular shows as Murder, She Wrote (1984). At 6' 3" and very muscular, Kevin was a natural for the title role in what would become his signature series Hercules: The Legendary Journeys (1995). Kevin became internationally famous, and he learned the craft of film-making well enough to direct and co-write some of the episodes. Kevin even studied martial arts in order to do many of his own stunts.

In real life, Kevin's heart is as big as Hercules'-- he leads "A World Fit for Kids!" as the chair and spokesperson. Kevin devotes much of his time to "A World Fit For Kids!" which is a successful mentoring model that trains inner-city teens to use school, fitness, sports and positive role models for themselves, and then become the coaches and mentors for younger children. Their vision is a world where kids are fit, healthy and ready to learn. WFIT training and programs integrate youth development principles with physical activity to positively impact the lives of students and the adults who work with them.

Since 1993, WFIT has brought more than $46 million into under-served communities in Los Angeles, made life-changing opportunities available to over 300,000 low-income children and young people and trained more than 10,000 classroom teachers and expanded learning staff members.

Billy Boyd was born in Glasgow, Scotland. The talented young boy, inspired by Star Wars to try acting, got his first taste of it in his school's production of Oliver Twist when he was 10. Boyd's parents were extremely supportive, driving over two hours to get him to the performances, but sadly they passed away when he was 12. He was thereafter raised by his grandmother. When he was 17 he left school and went to work in a book-binding workshop. He worked there 4 years as an apprentice and 2 years as a workman. Ironically, during the years he worked at the book-binders, the Lord of the Rings trilogy was printed and bound there, many copies bound by his hands. He was accepted to the Royal Scottish Academy of Music and Drama in a 3-year course for his bachelor of arts degree, meanwhile studying everything from Shakespeare to puppet-making.

During this time Billy had a few small roles in TV series and performed in several plays. He then received a call from his agent about the Lord of the Rings movies and if he would like to audition for them. He went along not expecting much, but within a few months Peter Jackson came out to Scotland to meet him and to audition him personally. While rehearsing for a show he received a call from his agent who said that the part of Pippin had been offered to him - if he wanted it. The rest is history.

Billie is also one of the founders of the band Beecake.

During the interview, Billy talks about his support of the Eilidh Brown Memorial Fund, founded by her family after Eilidh passed away following a 14-month battle with Germ Cell Cancer. She was 9 days short of her 16th birthday. The aim of the Memorial Fund is to build and maintain a respite holiday home in the Stirling area for young people and their families who are in treatment for or recovering from cancer. A place where, not only can the families relax and spend quality time together, but they can make memories that will last a lifetime. Before Eilidh passed away, the family took a holiday to Calum's Cabin, it was their last holiday together. Eilidh wanted other families to have the opportunity to do this too.

Dean Cain was born Dean George Tanaka in Mount Clemens, Michigan. Though he grew up in Malibu and attended Santa Monica High School, his career plans favored professional football over acting. While at Princeton, he completed a history major and set an NCAA record for interceptions in a season. After signing with the Buffalo Bills, a knee injury ended his pro career before it began. Though he had already played a part in his father's The Stone Boy (1984), he went through the usual route of commercials and television parts (notably, Beverly Hills, 90210 (1990) in 1990) before landing his break-through role as Superman/Clark Kent in the series Lois & Clark: The New Adventures of Superman (1993). Other works include Supergirl, Hit the Floor, Lady Dynamite, God's Not Dead and many more.

In May 2005 he visited soldiers in Iraq with Kelly Hu and Amanda Swisten.

In 2014, he spoke to ABC News as part of his collaboration with Farmland Foods to bring 100 Santas together in New York in an effort to help feed the less fortunate. Dean appeared on NBC’s acclaimed military-reality series, Stars Earn Stripes, where celebrities are trained by elite military operatives, and work side-by-side with the operatives during real-world scenario training missions. Each celebrity was paired with a special operative from a military branch or one of the first-responder forces. They train alongside their partners and compete in the missions with them. Each of the teams competes for a cash prize on behalf of a military, veterans or first-responder charity. He participated on behalf of The Wounded Warrior Project.

While in Tulsa, Oklahoma last year, Adrian caught up with Evanna Lynch and she talks about some issues close to her heart and organizations she supports.

Evanna Patricia Lynch was born in the town of Termonfeckin in Ireland. Her acting career began in 2007 when she competed in an open audition against nearly 15,000 girls, and won the coveted role of Luna Lovegood in the "Harry Potter" movie franchise. She appeared in four Harry Potter films and became a main character in the final two films in 2010 and 2011. She also voiced her character in their tie-in video games. She continues to pursue acting and does charity work for organizations such as the Multiple Sclerosis Society of Ireland and The Harry Potter Alliance, of which she is a member of the Board of Advisors. The Harry Potter Alliance turns fans into heroes. They are changing the world by making activism accessible through the power of story. Since 2005, they've engaged millions of fans through their work for equality, human rights, and literacy.

Evanna is also an ambassador for Lumos and visited Haiti in a new film to learn why 30,000 children there so desperately need families and not orphanages. Lumos, founded by J.K. Rowling has released a new short film narrated by Rowling that seeks to draw attention to the disservice done to children by long-term institutional care. There are eight million children living in orphanages worldwide—even though 80% of them are not orphans. Most children are institutionalized because their parents are poor and cannot adequately provide for them.

We now look back at an interview with Sir Roger Moore, who we sadly lost earlier this year. Sir Roger was well known for his humanitarian work - he was introduced to UNICEF by the late Audrey Hepburn and was appointed as a Goodwill Ambassador in 1991. In a statement by his family on his passing, they said he would be remembered by everyone for "his passionate work for UNICEF which he considered to be his greatest achievement".

The only child of a London policeman, Sir Roger Moore started out working as a film extra to support his first love, painting, but soon found he preferred acting, and so enrolled in the Royal Academy of Dramatic Art. He played James Bond in seven films Live and Let Die, The Man with the Golden Gun, The Spy Who Loved Me, Moonraker, For Your Eyes Only, Octopussy and A View to a Kill. Actor, director, producer and writer, Sir Roger is also known for The Saint, Cats & Dogs, The Persuaders, A Princess for Christmas and many, many more. In 2007, just days before his 80th birthday, Sir Roger was honored with the 2,350th star on the Hollywood Walk of Fame on 11 October. His star is located at 7007 Hollywood Boulevard.

In 1999, Moore was created a Commander of the Order of the British Empire (CBE), and advanced to Knight Commander of the Order of the British Empire (KBE) on 14 June 2003. The citation on the knighthood was for Sir Roger’s charity work, which has dominated his public life. Moore said that the citation "meant far more to me than if I had got it for acting... I was proud because I received it on behalf of UNICEF as a whole and for all it has achieved over the years".

Sir Roger was shocked by the poverty he saw when filming Octopussy, his sixth film as James Bond, in India in 1983. His friend Audrey Hepburn had impressed him with her work for UNICEF, and consequently he became a UNICEF Goodwill Ambassador in 1991. Since that time he has traveled the world, tirelessly advocating for the rights of children. These are just a few of his accomplishments:

Let's take a look at some iconic moments in photos...