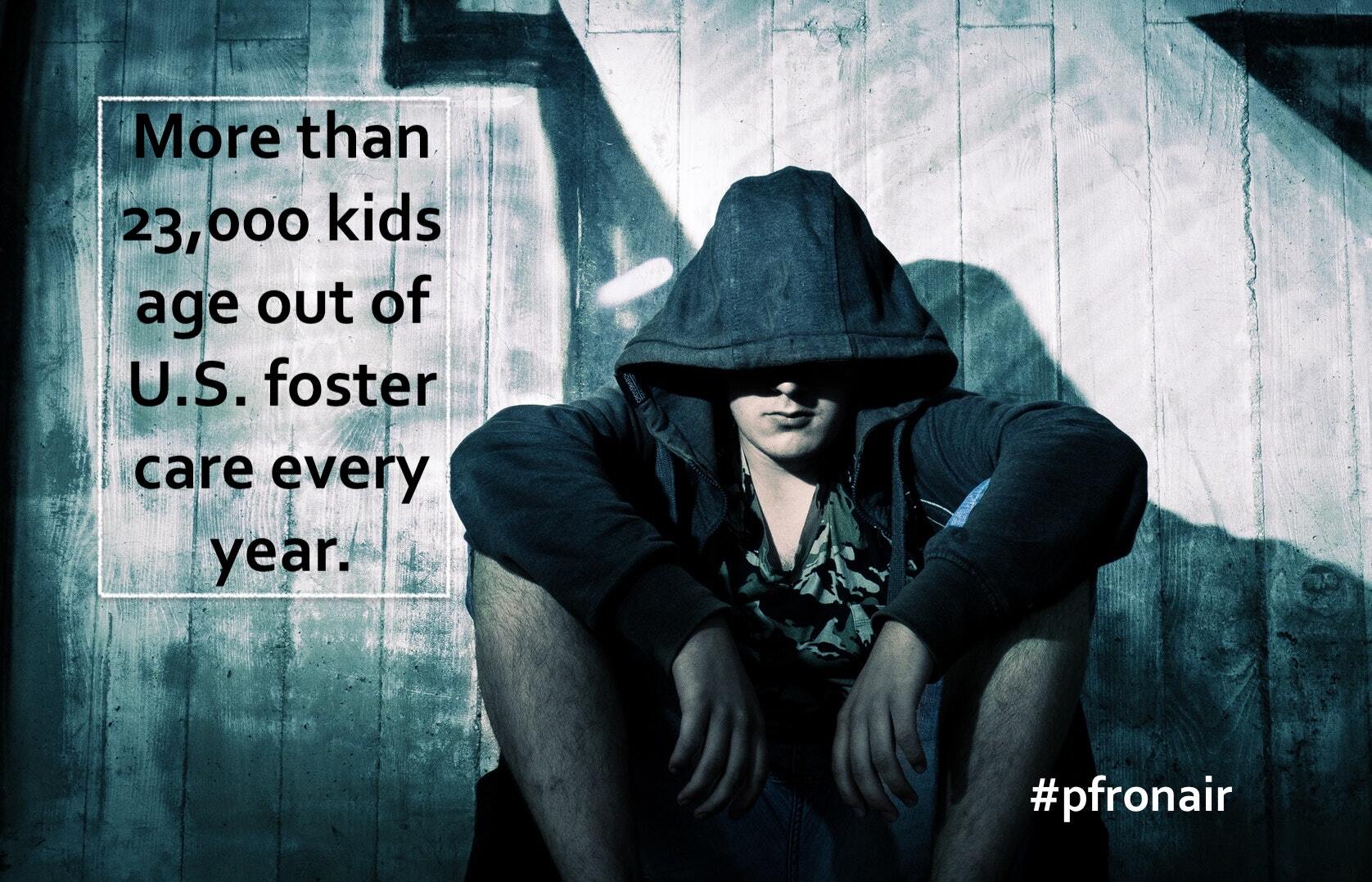 Today we visit the nonprofit, Waymark, and talk with the Founder & Executive Director, Tasha Whitener.  Later in the show, Bruce Gale brings us this week's Kid Hero, Ray Mohler, Jr.

Although each situation is different, child safety and welfare are always at the root.  Children are placed in the system for one or sometimes numerous reasons. According to the U.S. Children's Bureau 2016 statistics, 61% of children in foster care were placed there due to neglect.

Children in foster care face many challenges.  25% of foster youth switch homes five or more times before their 18th birthday.  This can be very overwhelming to these kids…new names, unknown faces, and different traditions of each family they’re placed with.

Many times, these children leave with a plastic trash bag with whatever they can carry. Many are separated from their brothers and sisters who they may not get to see often.

Research shows that kids in foster care suffer from Post-Traumatic Stress Disorder at a higher rate than returning combat war veterans, and more than half struggle with mental health challenges as a result of the trauma they’ve endured.  Some studies indicate that up to 80 percent of children in foster care suffer from significant mental health problems.

School stability is an important building block for getting a good education. Academically, foster youth face an uphill battle due to changes in home placements and school transitions. The schools that youth in foster care attend are often among the lowest performing. While they are in foster care, youth continue to lag behind their peers academically.

This brings us to this week's highlighted nonprofit, Waymark Foster...

Waymark Foster is a Georgia 501(c)3 nonprofit that gives hope to youth in foster care through camps, skills training, and mentoring designed to provide support, skills, and success in the transition from state care to adulthood. In North Metro Atlanta, only Waymark builds comprehensive relationships with youth from childhood to adulthood (ages 6 and up).

The youth come from the Department of Family and Children’s Services (DFCS), private agencies, group homes and foster families. @WaymarkFoster

Bev had the opportunity to sit down and talk with Tasha Whitener, Founder & Executive Director.

Ray Mohler suffered from a rare childhood hip disorder found mostly in children between the ages of four to six years old.  It was necessary for him to sleep in double leg braces for two years and he was restricted from any strenuous physical activity during that time.

Feeling fortunate that he did not have a life-threatening nor permanent disease, but rather one that is treatable and fully-recoverable, Ray decided he needed to give back to the kids whom he left behind at the hospital who were not as fortunate as he was. At the age of 6, Ray founded The Little Saint Nick Foundation with a mission to help relieve the fear, anxiety and isolation experienced by children during hospital visits and recovery.

Over the past 14 years, Ray has become a well-respected youth philanthropist. He has developed many anxiety relief programs in conjunction with pediatric hospitals and has successfully changed how kids experience their hospital visits.  @littlestnick

Bruce Gale brings us an interview with this week’s Kid Hero, Ray Mohler, now 21 and attending the University of Tampa.