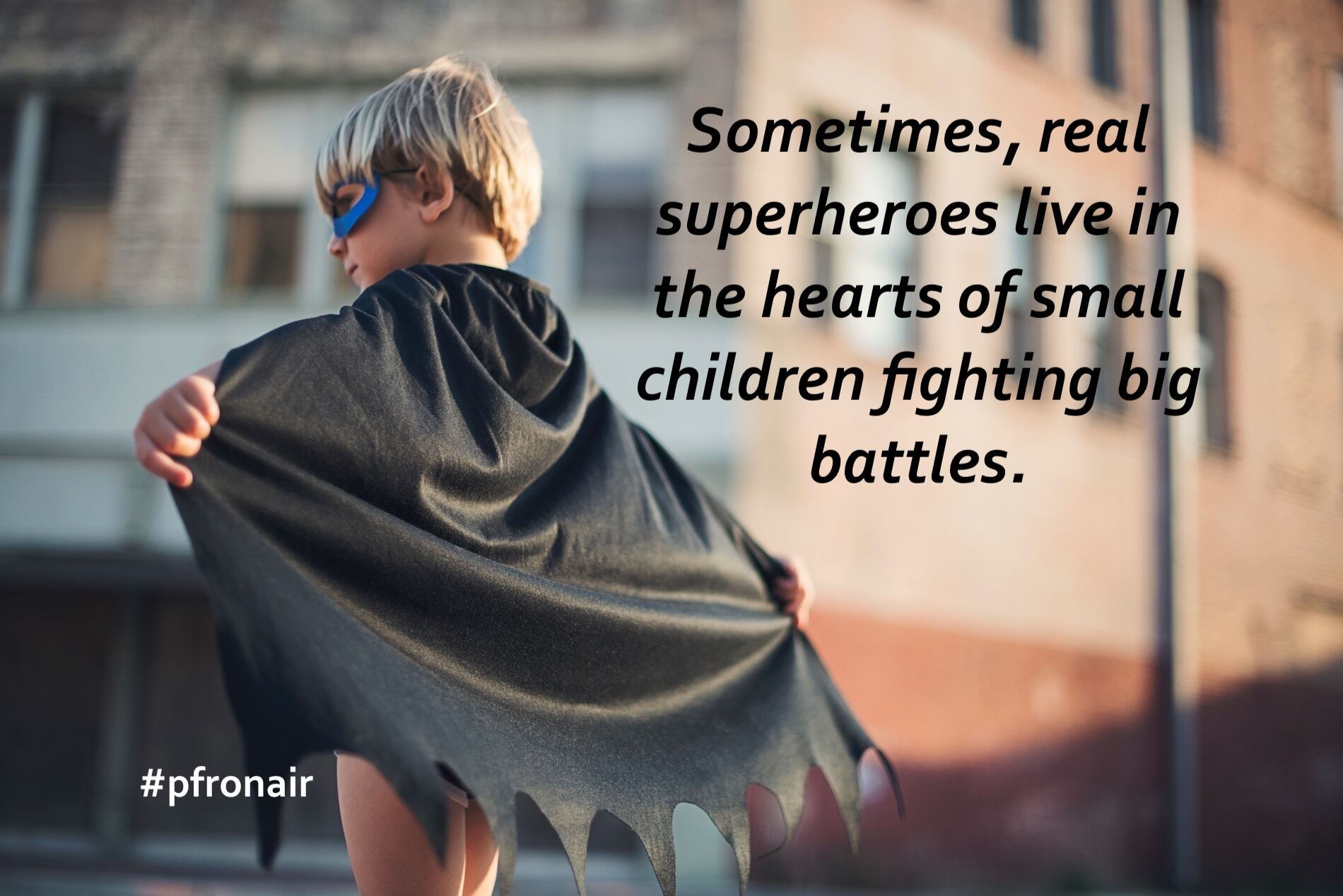 On today's show, Adrian and Ethan discuss helping children cope with hospital stays. We also bring you a follow-up interview with the nonprofit Critical Care Comics. Later in the show, we look at an incredible 13-year-old on a mission to help the homeless in her community.

Hospitals can be scary places for kids. Hospital stays come with stress and anxiety for kids and their families.

No matter what age the child, hospital stays and illnesses can both be traumatic to a child. These experiences impact the child’s well-being not only while they are hospitalized but sometimes years later. Their normal life is being disrupted…they miss their family and friends.

Kids need to know what's happening and why - that it's because part of their body is sick, not because they did anything wrong. Shielding them from information often backfires. They can really have a much more difficult time coping with being in the hospital. They tend to use their imagination in those situations and create really a scarier situation.

Some of you may remember an interview we did with this wonderful nonprofit on October 9, 2019. We had a chance to catch up with them again for an update on what they’ve been doing and how they’ve adapted their program to the pandemic.

Critical Care Comics is a Las Vegas based nonprofit dedicated to bringing joy to the faces of children in hospitals by delivering comic books to kids and helping them escape the discomfort and stress of hospital life. If only for only 28 pages.

Near the end of his Sophomore year of High School, the Founder, Jason Golden, was diagnosed with Leukemia. He completely missed his Junior year of High School battling cancer. But Jason wasn’t alone. Every week his parents would go to his comic shop and pick up the latest books. As Spiderman fought off Sinister-Six, Jason was fighting off nausea from Chemo. He even read the Death of Superman from the hospital bed. Those moments for him were an escape…if only for 28 pages.

When Jason was older, he wanted to give back…and Critical Care Comics was born.

While at this year’s Combat Con, Bev had the opportunity to sit down and talk with Richard Tango, President of Critical Care Comics.

As Jane Khan’s thirteenth birthday approached, she found herself asking how she could help people experiencing homelessness in her neighborhood of Deer Park, Texas. Jane went to her parents with an idea: She wanted to spend her birthday giving people items that would make them feel loved. Jane originally made a goal of helping 500 people living on the street—but with the support of her community, Jane’s project became more significant than she ever could have dreamed.

On her 13th birthday, Jane’s parents took her and her friends to hand out bags for the first time. They handed out almost 200 bags to people who were living under a bridge. Jane met her original goal of giving out 500 bags within just a few trips to the local overpass.

With the help of her parents, Jane decided to start a GoFundMe to help fund her growing quest to help those less fortunate.

Jane has raised nearly $15,000 with the goal of helping as many people as possible through her care bags. She has now set her sights on eventually raising enough money to build a shelter to provide temporary housing for people moving through homelessness. To start this process, Jane has obtained 501(c)(3) status, making her project, Jane Around the World, Inc., a nonprofit.