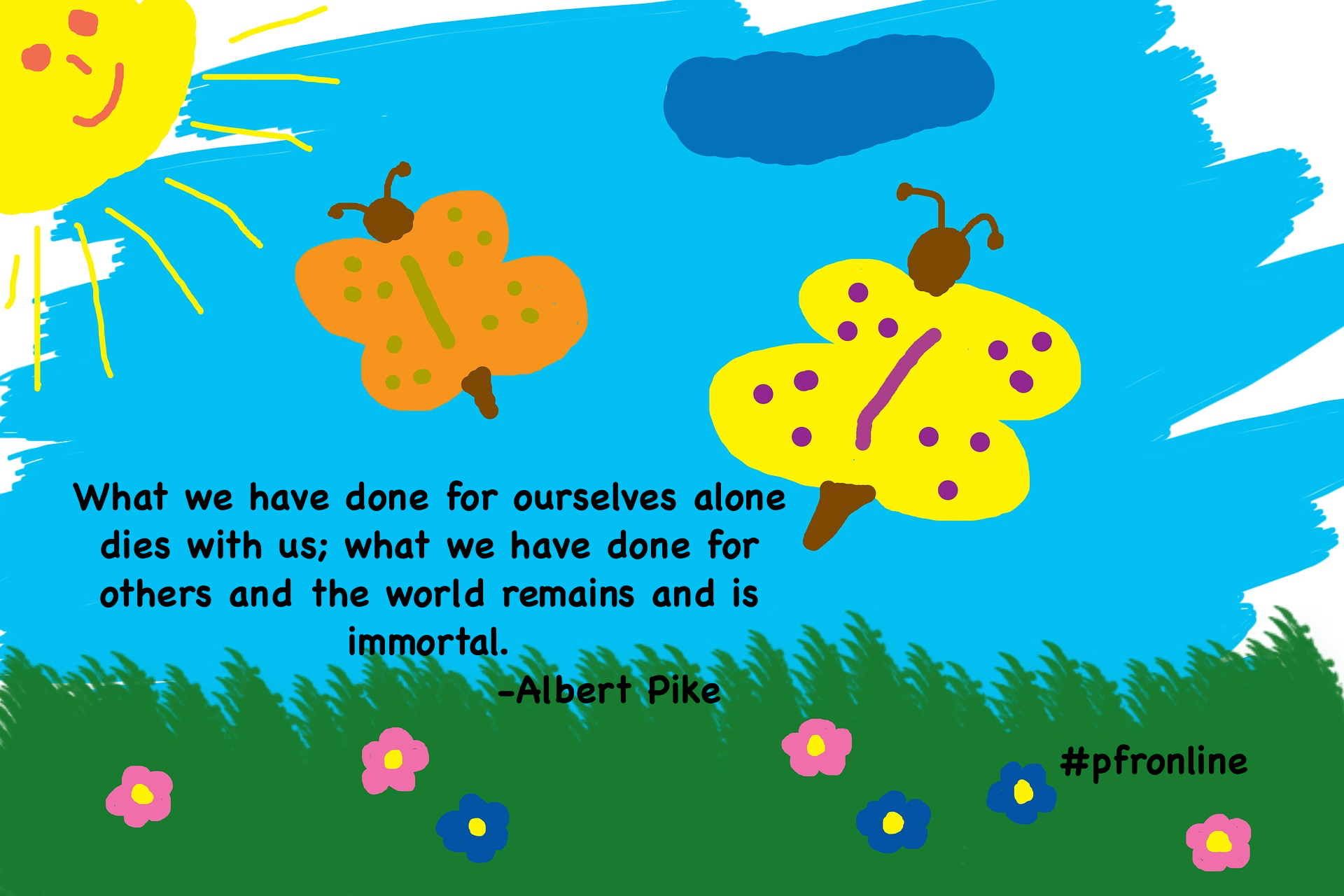 Today, we continue our look back at charities we have highlighted in past shows.

Charities tackle some of society’s most complex and intractable issues --- such as combating hunger, educating children, providing clean water to those without, preserving the environment, curing diseases and bringing awareness to issues facing the less fortunate.  There is perhaps no harder problem than how to meet the very simple needs of the world’s poorest.  But charities are also at work right here in the U.S.

Nonprofits contribute to every community in America. Some programs started by nonprofits—including libraries, local schools, fire stations (many of which still use volunteers), and parks—have been expanded by government, enabling the broader community to enjoy their benefits. Charitable organizations have also been the partners through which government effectively and efficiently delivers services such as early childhood education programs, health clinics, drug counseling, and after school programs.

Few people realize how large charities have become, how many vital services they provide, and how much funding flows through them each year. Without charities and non-profits, America would simply not be able to operate. Their operations are so big that during 2015, total giving was more than $373.25 Billion, according to “Giving USA 2016: The Annual Report on Philanthropy”.

It is not surprising that in man-caused and natural disasters we immediately find ways to volunteer our time, energy, talents and money to attempt to save lives, heal the wounded, and aid the survivors. We do not wait for government or some other entity to respond to human needs – we find individual and collective ways to do it ourselves – right down to our very own young Heroes of the Week.

“These Americans are the most peculiar people in the world. You’ll not believe it when I tell you how they behave. In a local community, in their country, a citizen may conceive of some need that is not being met.  What does he do? He goes across the street and discusses it with his neighbor. Then what happens? A committee comes into being and begins to function on behalf of the need. You won’t believe this, but it’s true; all of this is done by private citizens on their own initiative.

Last year, Adrian visited Cookie Cart while in Minneapolis. This fantastic organization provides teens 15 to 18 years old with lasting and meaningful work, life and leadership skills through experience and training in an urban nonprofit bakery.  During the visit, Matt Haley, the Executive Director, took us through Cookie Cart, located on West Broadway Avenue, right in the heart of North Minneapolis.  By the end of the year 200 teens will be engaged in 30,000 hours of job experience and classroom job readiness training.  The first stop for Cookie Cart teen employees is the Bakery Program — the very foundation of our youth employment training. In this hands-on, job-training program, they teach essential employment skills to every teen coming through the Cookie Cart kitchen.

The idea for the beginnings of this organization was simple. North Minneapolis teenagers needed a safe and engaging place to spend their time. The streets offered young people crime, violence and gang involvement, but one woman, Sister Jean Thuerauf decided to offer North Minneapolis teens something different.

So Sister Jean started inviting the community’s teenagers into her kitchen for help with schoolwork and to learn to bake cookies. It didn’t take long for there to be more teenagers than there was room in her tiny kitchen!

In 1988, Sister Jean’s vision for a safe, secure, creative and engaging space for North Minneapolis’ youth was formalized and registered as Cookie Cart, a 501(c)(3) nonprofit.

Established in 2012 by Seahawks General Manager John Schneider and wife Traci, and in partnership with Families for Effective Autism Treatment (FEAT) of Washington, Ben’s Fund was named in honor of their son Ben, who has autism. The Fund provides grants to families in order to help cover costs associated with medical bills, therapies and numerous other aspects of supporting a child, or children, on the autism spectrum. It also connects families to FEAT so they will be established in a larger community to receive ongoing guidance and assistance as they continue their journey with autism.

The need for services is great; the Centers for Disease Control, CDC, estimates the current prevalence rate for autism is 1 in 68.  The factors – environmental,  biologic, and genetic – that may contribute to the likelihood of having an Autism Spectrum Disorder (ASD) are being studied.   To date, there is no cure for ASDs, but the research does show early intervention treatment services can greatly improve a child’s development.

FEAT has flourished since it was conceived in 1996 by five pioneering families who shared a need.  Today, nearly 3,000 members – clients, families, therapists, other health-related professionals, business partners, and friends – comprise this large caring community.

Earlier this year, Adrian visited Variety – The Children’s Charity of Southern California and had the chance to talk with Elizabeth O’Neil, Executive Director of Variety. Among its many other programs, Variety supports a wide range of neonatal intensive care equipment for hospitals in under-served communities, to ensure that the tiniest of children receive the best care possible.

Decades ago on Christmas Eve, 1928, a baby girl was abandoned at the Sheridan Theatre in Pittsburgh, PA. The eleven Variety Club members who found the destitute girl decided to underwrite the child’s support and education. Their work has grown exponentially into a worldwide network of thousands of volunteers dedicated to improving the lives of children in crisis.

With an eight-decade legacy of caring for children across the globe, Variety –The Children’s Charity has grown to 43 Chapters in 13 countries, raising over $1.7 billion worldwide to assist the treatment and care for children with special needs.

Variety of Southern California focuses on three major areas of funding: Healthcare, Education, and Mobility. Within each of these three areas, Variety works hard to make sure that they get the greatest benefit possible from every dollar they receive.