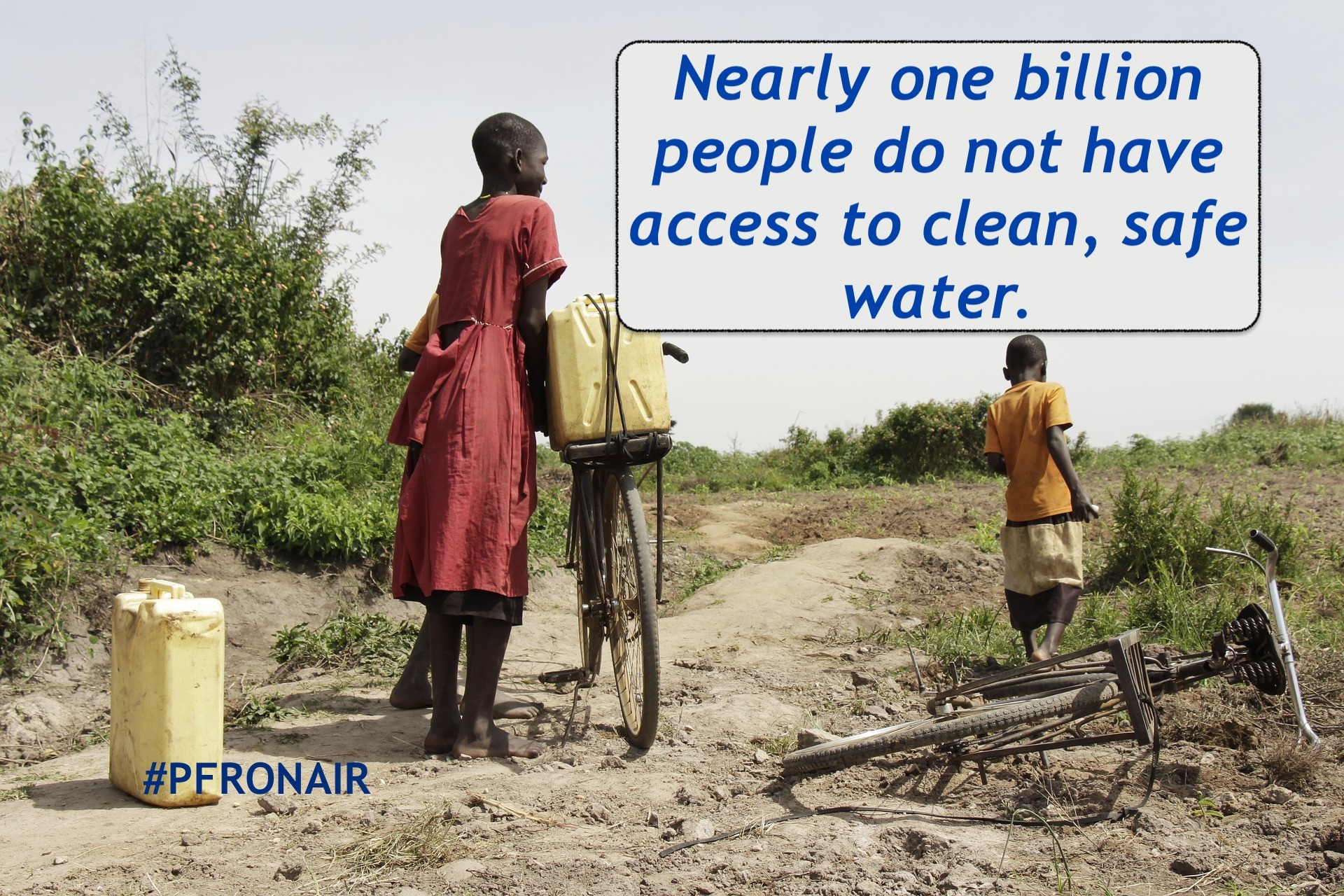 Today we talk with Connie Cheren and Sharon Dicks from Partners for Care, a nonprofit working with Kenyans to decrease the number of children dying from preventable diseases.  Later in the show, Bruce Gale brings us an interview with an earlier Kid Hero, Khloe Thompson.

Wherever they are, people need water to survive.

According to the United Nations, water use has grown at more than twice the rate of population increases in the last century. By 2025, an estimated 1.8 billion people will live in areas plagued by water scarcity, with two-thirds of the world's population living in water-stressed regions.

Unfortunately, humans have proved to be inefficient water users. Did you know that the average hamburger takes 630 gallons of water to produce, and many crops that require extensive watering, such as cotton, are grown in arid regions.

Here in the America, a water crisis is a headline story on the 6:00 news. In many other parts of the world, it’s just daily life.

Water is life. We know we need it to survive. But when water is contaminated, it can become deadly to drink. Unclean water coupled with unsafe sanitation facilities and poor hygiene practices also lead to life-threatening diseases.

Every year more than 2 million people, mostly children, die from waterborne disease. Fifty percent of all the illness in the world is caused by unsafe water.

Globally, unsafe water kills more people every year than violence, including war. Children are the worst affected because they don’t have the resilience to fight water borne illness.

This brings us to today's highlighted nonprofit, Partners for Care...

Today’s nonprofit, Partners for Care, works in Kenya to decrease the number of children dying from preventable diseases – malaria, HIV/AIDS, waterborne illnesses, and malnutrition – by supporting the 40 Kenyan staff they employ and partnering organizations they work with in East Africa who do the actual work. @partnersforcare

All of Partners for Care’s initiatives are Kenyan-led and designed to serve the people of East Africa in sustainable ways.  They believe the best solutions to the problems of chronic poverty are those that provide jobs and are sustainable over the long run. They work to provide a hand up and not a hand out.

Bev had the opportunity to talk with Connie Cheren, Founder & President and Sharon Dicks.

On today’s Kid Hero segment, Bruce Gale brings us an interview with one of our earlier Kid Heroes, 11-year-old Khloe Thompson, from Orange, California.

At the age of 9, Khloe founded Khloe Kares to serve her community by distributing “Kare Bags” to those who are less fortunate. Khloe is proving that her age has nothing to do with her ability to impact the world around her. She believes that she can give back by serving others, being a positive kid, spreading awareness about compassion, and being role model.

Khloe makes large, sturdy, colorful carry “Kare” bags and fills them with almost all of the essential items that a homeless woman might want or need.  She then takes them around Los Angeles to the areas with the largest homeless populations.  @Khloekares