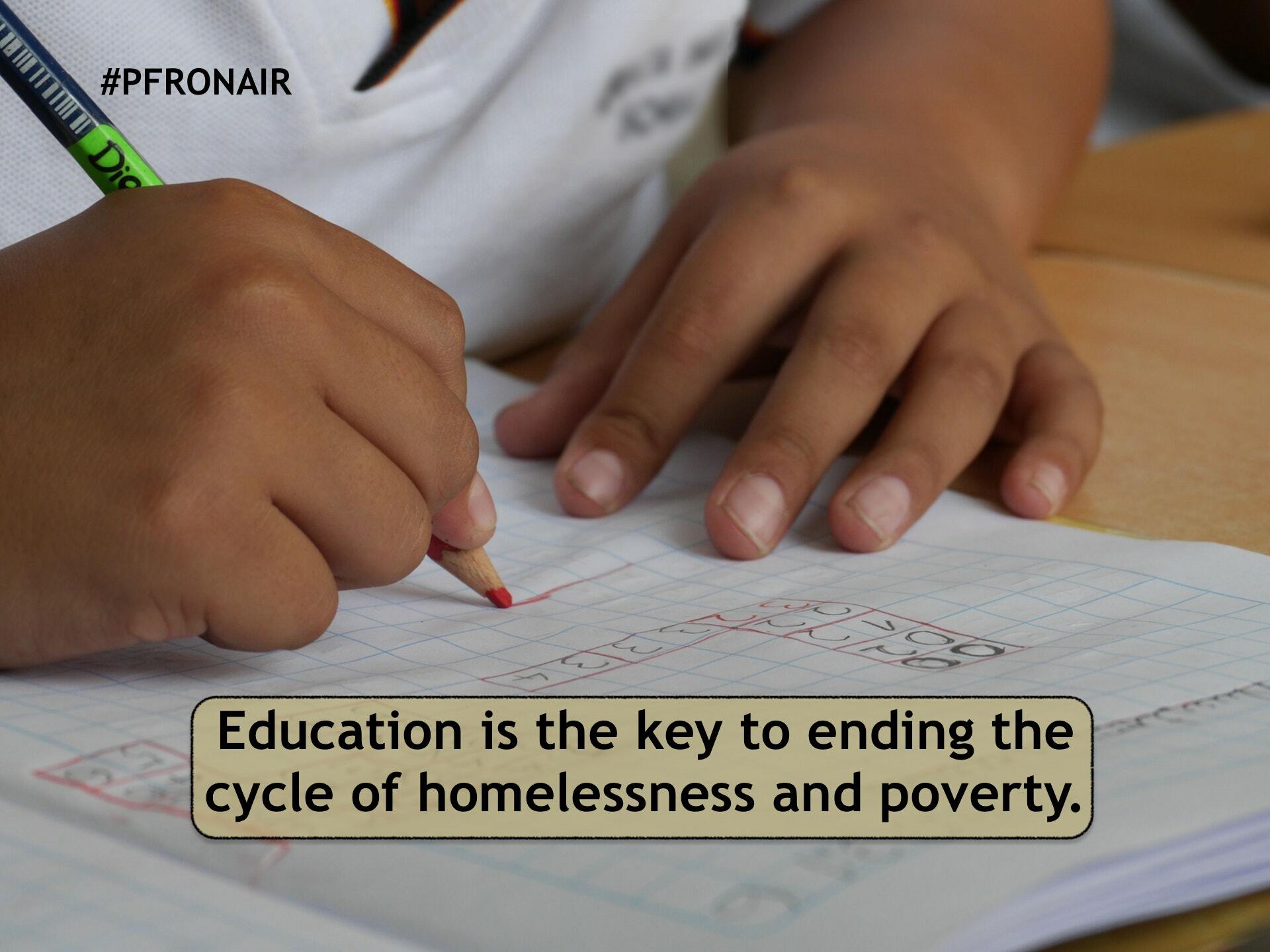 On today's show, Adrian brings us an interview with Susan Agel, the President of Positive Tomorrows, Oklahoma's only elementary school specifically for homeless children.  Later, Bruce Gale talks with Kid Hero of the Week Shelby O'Neil about her organization, Jr Ocean Guardians.

Being homeless is traumatic for anyone, but especially for a child.  The lack of quality, affordable housing is a huge generator of family stress. For homeless children, this toxic-stress exposure affects their health, brain development, learning, memory and long-term functioning.

Research has proven that the first three years of a child’s life largely set the trajectory of their cognitive development, school readiness and achievement, and educational attainment.  When these kids come from an unstable home, they are unable to concentrate at school. Often times, they need to be the caregivers for other family members so they miss a lot of school.  Poor attendance means they’re missing more and more, already at a disadvantage but falling further behind.

• Estimates show that there are more than 1.2 million children under six experiencing homelessness every year. These children sleep in cars, shelters, and abandoned buildings.

• The National Center on Family Homelessness reported that 75 percent of homeless elementary school students performed below grade level in reading and math – that number rose to 85 percent for high school students.

And that brings us to today's highlighted charity, Positive Tomorrows...

Their mission is educating homeless children and their families to break the cycle of poverty. As Oklahoma's only elementary school specifically for homeless children, they give kids stability and a quality education while their parents get the support they need to create a better life. Since 1989, they have filled their scrapbooks with countless success stories.  @positivetomorrows

Adrian had the opportunity to talk with Susan Agel, the President of Positive Tomorrows, about their unique and forward-thinking approach in tackling the unique challenges these students face.

Shelby O'Neil began volunteer work at an Aquarium and was so inspired by the environmental issues facing our Oceans that she decided to take action. Shelby formed Jr Ocean Guardians for her 2017 Girl Scout of America Gold Award Project to share her passion to save our Oceans and marine life for future generations.

Shelby and her Jr Ocean Guardians Ambassadors visit lower grade level school children and host beach clean-ups to spread the word on alternatives to single-use plastics and also the importance of recycling.

In Oct. of 2017, the California Coastal Commission approved her “No Straw November” Resolution (SCR-139) and in 2018 both the Senate and the Assembly officially passed a bill on her behalf.  She spoke on the Senate floor.

Today, Bruce Gale brings us an interview with Shelby.